Humor is the entry point of humanity. Certainly, if you enjoy comedy and deep-bellied laughter you are familiar with Seth Rogen. The husky, hilarity inducing actor has been featured in classic films such as Pineapple Express, Knocked Up and 40 Year Old Virgin. Now, he has begun to utilize his entertainment platform as a means to assert his influence and change the negative stigma within the cannabis industry.

Seth Rogen’s cannabis company, Houseplant operates out of British Columbia, Canada and has been making major waves within the industry. Rogen founded the company with close friend and screenwriter/producer Evan Goldberg. Canopy Growth Corporation owns a 25% stake of the company as venture capitalists and provides facilities, expertise and infrastructure. They are also partners with cannabis companies, Tweed and Tokyo Smoke. 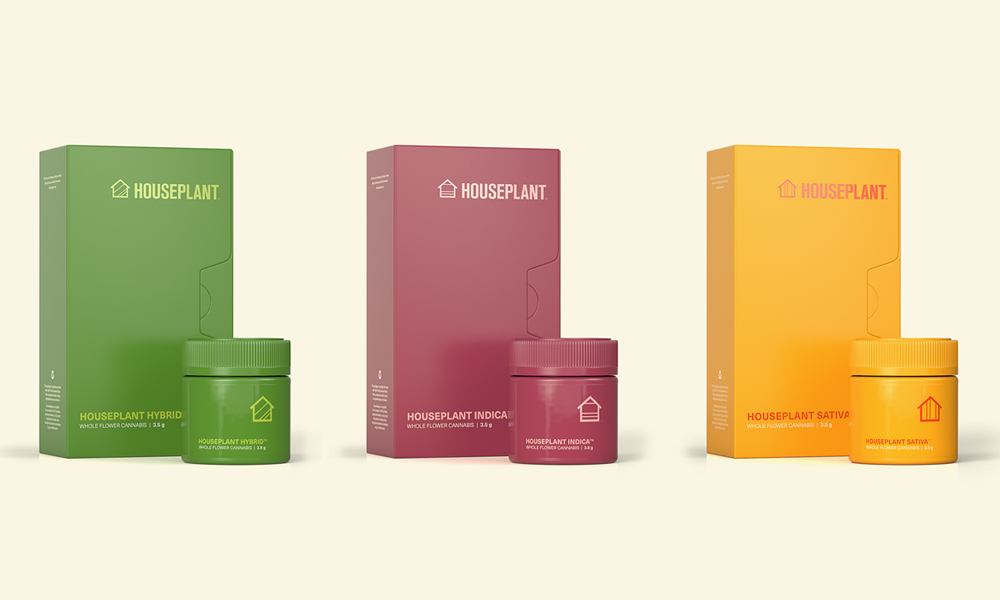 With that being said, Rogen and Goldberg are much more than just spokespeople for the Houseplant brand. As co-founders, business owners and operators they have invested years of education, first-hand experience, and unmatched attention to detail. After five years of silent development, they have finally been able to display their brand and how life imitates art within the cannabis industry.

Canopy Growth Corporation is a significantly influential partner within the cannabis industry. Together with the United Talent Agency, Houseplant has set its sights upon guidance, lifestyle elevation and psychoactive remedies. Altogether, they are determined to educate healthcare practitioners and conduct robust clinical research to further the public understanding of the properties, qualities and benefits associated with cannabis. What sets Canopy apart from many other companies is that it operates via partnerships rather than obeying the commands of a private equity company. They serve as an umbrella entity for growth operations, foreign distributors, health-research divisions and consumer-facing brands. Their subsidiaries – Canopy Health Innovations and Canopy Rivers invest in startups, research, advocacy and community efforts.

Ultimately, Canopy Growth Corporation wants to spread cannabis awareness and sees the substance’s most beneficial properties to be relaxation, socialization and enrichment of daily life. With deep profiles of potential benefits sought out by users, all issues associated with plant production and an innovative agenda they have a lot of ambitious plans in place. A major way that they corner the industry is by approaching the recreational market through targeted brands.

These targeted brands often make women feel more comfortable as their company is 65% women owned. One of the ways that they also cater to their audience is by gradually increasing the potency of their products. Many of the strains start with lower THC concentration and higher focus on CBD to slowly bring users up to speed.

We made Houseplant LPs, each with a strain specific mix of songs. The Sativa LP is full of upbeat music, the Indica LP is super mellow, and the Hybrid LP is right in the middle.

The tricky part is finding a way to visually appeal to their audience.

The Cannabis Act prohibits the promotion of cannabis, cannabis accessories or any service related to cannabis by means of a testimonial or endorsement or by means of the depiction of a person, character or animal, whether real or fictional. It is also prohibited to present cannabis or any of its brand elements in a manner that “evokes a positive or negative emotion” about a “way of life such as one that includes glamour, recreation, excitement, vitality, risk or daring.” These tight-knit policies throw a wrench in the system when it comes to marketing the product to consumers.

Canopy has a great relationship with many governmental officials and liquor boards. These networking connections have led to increased production facilities and the emergence of more retail locations. Recently, they received a $4 Billion dollar investment from Constellation. The liquor company now owns 38% of Canopy and this money has been used as rocket fuel for the energetic and well-calculated moves/strategies the company intends to execute.

What it really comes down to is knowledge of what each market desires. In order to stay in tune with the different demands, Canopy is working to launch nearly a dozen clinical trials to scientifically study cannabis. In the future, medicines prescribed by the doctor could be a mixture of cannabinoids and other pharmaceuticals that are administered through different delivery mechanisms.

Houseplant has its largest warehouse in Smith Falls, Ontario. This location has 10 different sites and a capacity for 4.3 million square feet. This past October-December, Houseplant sold 10 tons of cannabis. As a company, they consider it a moral obligation to build an industry that commits to changing the continual cycle of injustice. They work closely with other industry leaders, legal teams, politicians and non-profit organizations to help those negatively affected or convicted for minor/non-threatening crimes associated with cannabis. Some companies they are closely in coordination with are Cannabis Amnest, NORML, Marijuana Policy Project and Drug Policy Alliance.

Houseplant has a retro, 70’s VHS type brand aesthetic. They currently carry indica, sativa and hybrid versions of their product. They have flower, pre-rolls and softgels. Considering the fact that flower has a low-margin, the company’s success is dependent upon continual product innovation. For example, their next potential product could be a cannabis drink such as hoppy sparkling water.