For many creative individuals who tend to think in non-linear patterns, cannabis is a catalyst. For some artists, writer’s block does not exist and cannabis elevates their efforts to heights unparallelled. Such is the case for Christopher Wallace, better known as The Notorious B.I.G. from Brooklyn, New York. Although his life was tragically cut short due to senseless violence, his hymns and street gospel will live on eternally. The most fascinating part about his cannabis consumption is that it did not slow his role whatsoever, only enhanced his ability to tell a vivid story. That is a major reason why his son, CJ has become an outspoken advocate for cannabis and started his own brand by the name of, Think BIG after his late, great father.

CJ Wallace is the son of emcee Biggie Smalls and R&B artist Faith Evans. Unfortunately he was only graced with his father’s presence for five months, but continually utilizes his influence and grandiose legacy to effectuate positive change. CJ’s cannabis brand is rooted in three core pillars: Creativity, Curiosity and Collaboration. Certainly, Biggie excelled in all three of those categories and sparking up the, “lye” only amplified his superb abilities. One of the best selling products for his brand is the Frank White creative blend. Frank White was one of Biggie’s aliases and pays utmost homage to Christopher Walken’s legendary performance in, “King of New York.” 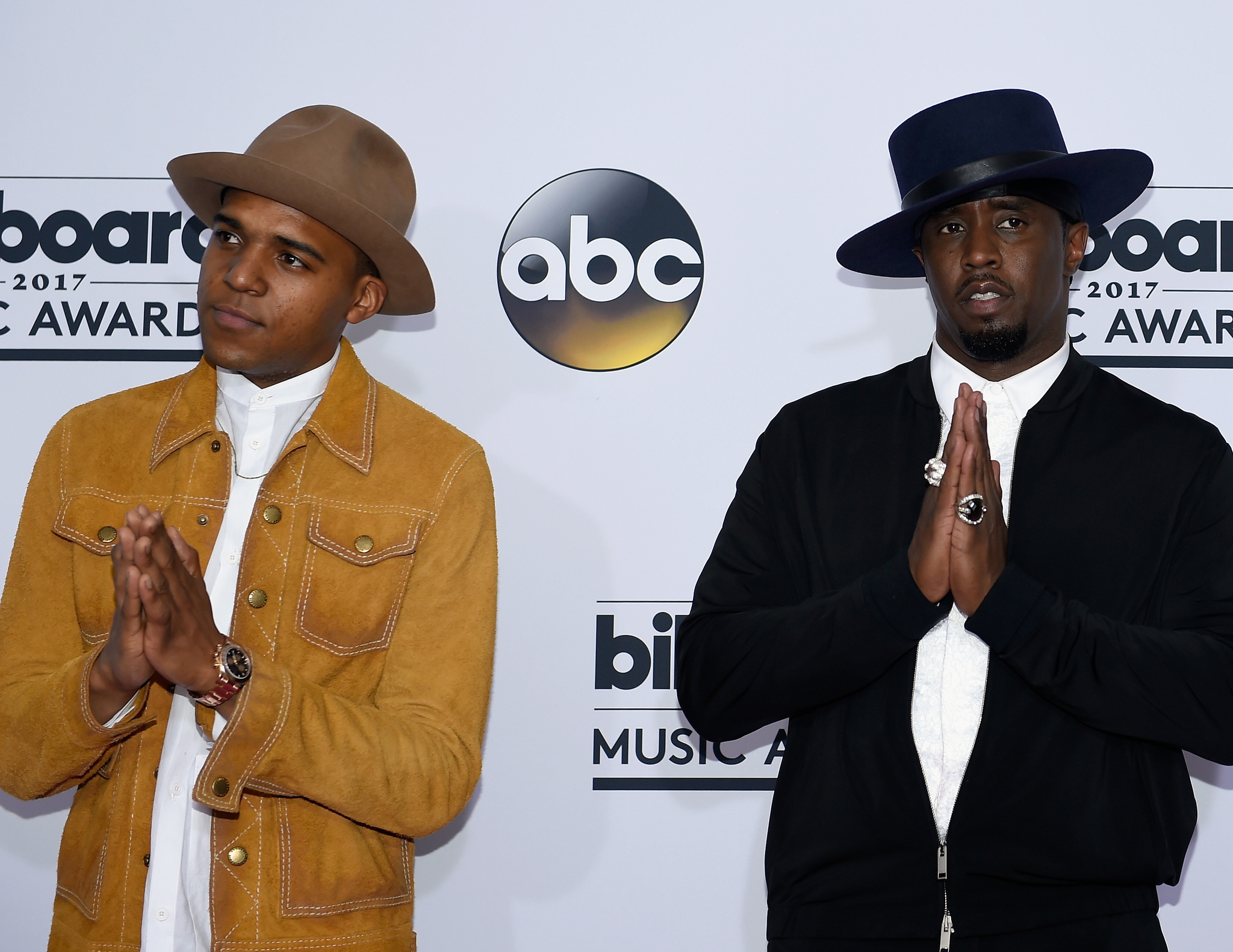 The Frank White package contains vapes, gummies, apparel, stationery and pens. The strain itself is a diverse blend of orange sherbet, banjo, rattlesnake and sour diesel. It hit shelves in April of 2019 and has many flavors and variations. To pair alongside, Think Big created the eclectic, “Frank White Ultimate Ghostrider Vol. 1” playlist comprised of Jazz, Country, Rock and Roll and 90’s Hip-Hop to flow in conjunction with the creative individual.

Throughout CJ’s young life, he has noticed a trend in cannabis industry that has negatively affected people of color. The pointless war on drugs which was manufactured by the government has only stunted the growth of his people and those who are minorities. CJ grew up around incredibly talented individuals such as Missy Elliott and Pharrell as he witnessed firsthand how cannabis served as an amplification element for reaching new plateaus within musical history.

“We can no longer stand idly by while our people struggle in the face of unjust marijuana laws and environmental policies that disproportionately target people of color.” (CJ Wallace)

Growing up, he was not taught any of the negative stigmas surrounding cannabis only shown the way that it boosted creativity in an incredible way. The positive aspects of the medicinal plant were evident throughout his life as a way to tap into an abundant source of knowledge and creativity. By having multiple conversations with his mother and Biggie’s mother, Voletta he was able to learn about his father’s gargantuan impact and decided it would be proper to honor him with his own cannabis business. 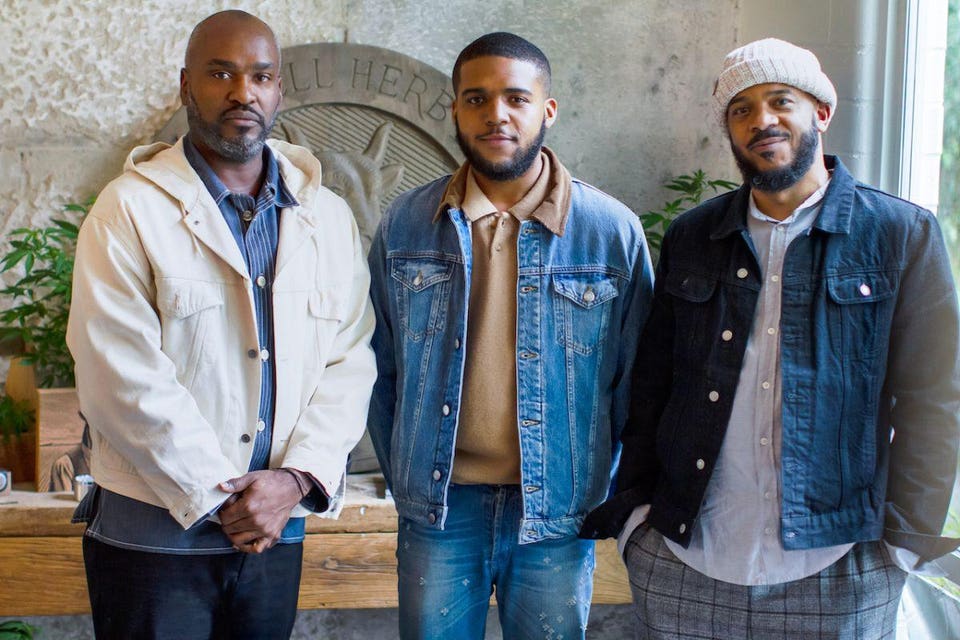 Partnering with Willie Mack and Todd Russaw of the Lowell Herb Company significantly advanced the strides made for CJ’s cannabis brand. Todd Russaw encouraged Wallace to believe in his brand and to be unafraid to represent his ideals. Together, they aim to use their ethos and vision to unlock a new world perspective. Their cannabis strain focuses on a crossover between cannabis, creativity and healing. By offering a product that is omnipresent and omnipotent, connoisseurs are able to lock into a calm, focused headspace that induces heightened creativity.

Another major reason CJ jumped headfirst into the cannabis industry is because of the direct beneficial results he witnessed on members of his family. It has significantly assisted in his grandmother’s fight against breast cancer and allowed her to prolong her time here on Earth. Also, CBD treatments have greatly improved his brother Ryder’s quality of life. When CJ was in high school, he became familiar with the benefits of cannabis and CBD to assist in the well-being and increased faculty function that became evident for his brother. Jayden’s Juice CBD products have greatly relieved Ryder’s epileptic episodes and struggles with non-verbal autism. CBD (pain relieving agent of cannabis) has allowed Ryder to become less frustrated, calm himself down easier and express his thoughts and feelings in a very valuable manner.

Although reigning from NY, much of the Frank White Creative Blend products are available on the West Coast. Some stockists include Rose Collective in Venice, Sweet Flower in Studio City/Melrose and Urban Pharm in San Francisco. 10% of all proceeds directly benefit California’s Prison Arts Project to give a hand to inmates who wish to partake in visual arts, writing, poetry, music and theater.

It is clear that cannabis contains many beneficial properties that should be celebrated not stigmatized and CJ learned that directly from reading entries from his father’s journal. His organization is apart of Marijuana Policy Project, NORML, Minority Cannabis Business Association, Autism Speaks and the American Breast Cancer Foundation. CJ continues to advance himself within influential circles of the entrepreneur sector. Catch him on VH1 playing the role of Amir in the latest series, “Scream” and has been featured in films such as “Kicks” and alongside Will Ferrell in “Everything Must Go.” Clearly, cannabis is something to be celebrated for its ability to effectuate brilliance rather than stigmatized for its alleged illicit connotation.