Jealousy is as cruel as the grave itself. Thou shalt not covet is a phrase less uttered. Bashar Barakah Jackson suffers another grievous fate as another one of the potential unanimous legends. As the violent theme seems to continue, we will reflect upon the sheer greatness of this individual and leave all else aside solely to respect Pop Smoke.

Pop Smoke’s rise to stardom is well-documented and authentically so. His status as a general within the New York stratosphere could not be disputed, whatsoever. His magnetism commanded a global appeal.

Pop Smoke often collaborated with producer 808 Melo from London. On every song, Jackson proved to be the verse you want to hear. By listening closely, you can hear ‘The Woo’ will always go last on a song.

His posthumous album, “Shoot For The Stars Aim For The Moon” is a masterpiece. 50 Cent is featured and finished producing the record due to the tragedy that occurred. Pop Smoke was fatally wounded from a bullet to the torso from a 4 A.M. break in by five individuals.*

This Canarsie artist will go down as one of the greatest there ever could have been. The versatility and dominance he personified through progression was undeniable. On his latest album, he samples Fabolous, 50 and Ashanti on three consecutive tracks.

From start to finish this man rapped about what he had experienced. Not only that, his exponential improvement from first mixtape to debut album clearly exhibited greatness.

Until We Dance Again💔💔💔💔

May he rest in glory.

*Due to an Amiri gift address posted on IG, 5 suspects were able to locate. 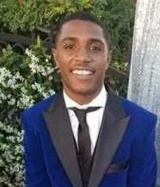 *Pop Smoke tour had been scheduled to start March 2nd in Washington.