One thing about music is that when it hits you feel no pain. Thus, is the beauty of this most utilized form of universal communication. Although, some individuals do manage to shell out immense amounts of pain through their musical catalogue. Such is the case with Jonatan Leandoer Hastad whose stage name is Yung Lean. This artist spent his childhood in Minsk, Belarus and then transitioned to spend most of his life in Stockholm, Sweden. His mother works as a human rights activist and his father is a poet, author and literature translator. He has matured greatly from the inception of his career and delivers raw and real versions of hip-hop music.

Leandoer is apart of the, “Sad Boys” with his friends Yung Gud and Yung Sherman who handle the production, mixing and mastering of his musical endeavors. He first got hooked to the genre of hip-hop around the age of eight when he started listening to 50 Cent “Get Rich or Die Tryin” and Nas “Illmatic.” Before he became popular he would perform 50 Cent piano covers and upload them to YouTube. His very first remembrance of ever having music hit his eardrums came from the likes of Cher and Black Sabbath. At the age of sixteen, he conducted his first on-stage performance in Gothenberg, Sweden. His most recent performance for the release of his album, “Unknown Memory” sold out world-renown NY venue, Webster Hall. 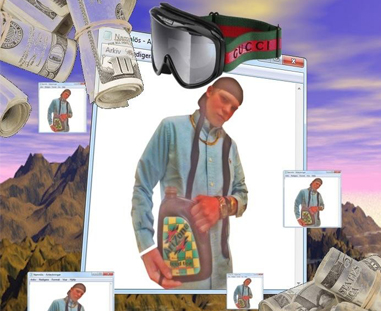 Yung Lean comes from the same breath of artists such as Fredo Santana who emerged during a time when hip-hop began to embrace drug use and outsiders. Yung Lean enjoys the aspect of being a hip-hop outsider because it allows him to steer in his own direction and does not require him to answer to others or commit to certain favors within the elitist circles. He has never been one to lose track of where he came from or disband from where his loyalties lie due to fame and stardom. He would much rather idolize his friends and boost up what those around him are doing rather than flock to the hottest thing in order to attain materialistic value.

Music in the Cloud

He received mass notice by using nostalgic imagery related to computer graphics such as the Windows 7 logo and achieved virality via hit song, “Ginseng Strip 2002.” At first reception, it might seem as if the lyrics are rather tongue-in-cheek in order to mock the current climate of the genre. Otherwise, the song has a smooth and reminiscent vibe and he glides over the track with peculiar references and strange tropes that truly differentiate him and place him in an outcast category that he gladly adopts. He does a terrific job of using double entendres and compounding new phrases on top of the line just previously used before. By mashing up similar words, homophones and incorporating stylistic traits, Swedish artist Yung Lean brings a refreshing perspective to hip-hop as a whole.

Adjusting to life in America as a hip-hop star was not the easiest feat for Yung Lean. In Sweden, modesty is a deeply ingrained cultural value. So, not only did he struggle with asserting himself, but at times he did not fare well with the access that popularity brought him. It is difficult to handle situations when people will literally hand you money or drugs just because they appreciate your musical persona so much. Such was the case for Yung Lean when he was preparing to put the pieces in place for his, “Warlord” album. When the rest of his crew departed back to Sweden during a stopping point in the album’s progress, Lean decided to stay in Miami with his manager at the time, Barron Machat. He found himself within a downward spiral of drug abuse and addictive tendencies. He began to write a book titled, “Heaven” which detailed his childhood nightmares of people that turn into rats (the animal sign of his Chinese zodiac.) Eventually, Yung Lean would need to be checked into a mental hospital and would move back to take a hiatus from the industry with his family in Sweden. During this troubling period in his life, Lean lost his entire hard drive for the album when his manager died in a car accident while driving under the influence of Xanax.

Lean is a nonconforming artist who defies societal norms, refuses to copy others and generates new ideas based on his personal preferences. He is deeply in touch with his emotions and his musical catalogue embraces the struggles of life. It is easy to tell that although the music he releases can be dark and strange at times but overall it serves an uplifting purpose by helping those who can relate through tough times.

Most of Yung Lean’s songs are very well-received and are rather serious in nature. The music he puts out is characteristic of innovative, melancholy tunes that contain rare and earnest allure. He uses devices such as mundanity and irony with specific purpose and it serves his catalogue very well. The music he puts out is compelling, hypnotic and can be consumed within the same realm as “New Age.” If it weren’t for hip-hop being the most popular genre of this era, Yung Lean would most definitely be a punk rocker.  He accentuates eccentricity with sartorial splendor. He is a sonic painter of strange visions that utilizes an aura of detachment.

Lean is relatable to a wide range of individuals who may feel as if they don’t belong or are ostracized. He is excellent at channeling turmoil into something cathartic and therapeutic. It is important to recognize the great value that he brings to hip-hop because his musical database helps to remove the stigma surrounding mental health and bolsters individuals who need a jolt to carry on.

Other than music, Lean partakes in several different artistic mediums. He is majorly involved in fashion and was included in Calvin Klein’s AW 16 show. He is also a major proponent of the underground conceptual fashion labels, “Cottweiler” and “Shallowww.”

The extreme interest directed toward his unique aesthetic led Yung Lean to release his own line of clothing. The brand is named after his music label, “Sad Boys.” Other ways that Yung Lean chooses to express himself is through childlike painting, graffiti and ceramics. He also delves into scriptwriting and is highly influenced by the book, “Catcher in the Rye.” His first scripts revolve around Swedish serial killer, John Ausonius (The Laser Man) and Jack the Ripper (Naughty Jack.)

Other interesting facts about this artist: he loves Arizona Iced Tea, he is a vocalist for punk band Dod Mark and he collaborated with Kid Cudi on Frank Ocean’s song, “Godspeed” for the album, “Blond.”

Moral of the story: be yourself and the most genuine results will come about. 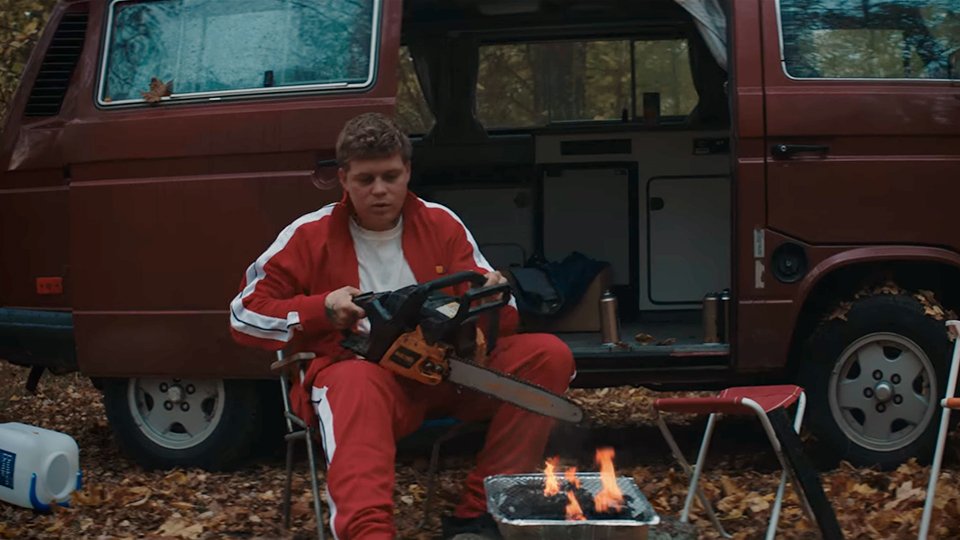