The most indubitable benefit of hip-hop is the way in which it connects people from all different walks of life. Mainly, it serves as an instrumental creative outlet that pulls people from out of the gutter. Hip-hop is an art form that delineates the struggles and hardships experienced throughout a lifetime. It is a method by which individuals can express their sentiments whether it be positive, negative or in between. It is a glorious medium that allows incredible influence and talent to flow through the veins of whoever can capture attention of the masses. The only prerequisite is that you must be real, have bars and be able to attract people who admire you. Fortunately, Retchy P knows the formula and uses it to the utmost advantage.

Retchy P is well-known on the East Coast for his original style and trend-setting abilities. He came up as apart of the H’z Global collective with $ha Hef and Da$H. His relationship with Da$H has since fizzled out, but the two of them were inseparable for quite some time after becoming acquainted at age twelve. Retch is known to rock Polo Ralph Lauren and even dedicated an entire mixtape to his love for the ‘Lo.’ Polo Sporting Goods is produced entirely by Theolonious Martin and features flamboyant titles, lavish tales of luxury and East Coast storytelling that represents genuine and authentic narratives.

Much like Cardi B, Retchy P has gained a large portion of fans via social media. His hilarious antics and outlandish attitude has landed millions of hits on his online pages. You can tell that humor is absolutely a major coping mechanism for a person who grew up in a rough upbringing. During the Vine era, he would often steal the scene by doing crazy stunts such as smoking in public. Large swaths of fans flocked to his personality due to the element of sensationalism. Once, while waiting in line, he could be seen smoking and rocking his bucket hat low. Retch is definitely one of the initial artists to begin the wave of rocking bucket hats. Anyways, his video landed him a major chunk of cash as his phrase, “Mad Ethnic right now” was sampled for Pharrell’s N.E.R.D. album. His vocals served as the introduction on the song with Rihanna and Pharrell titled, “Lemon.”

Retchy P has a great ear for production and knows what types of beats fit his style. He never strays too far from what makes him unique but also isn’t afraid to bust out of his comfort zone. He maintains a great balance between sampling and creating beats from scratch. Retch really started to get noticed when he dropped a standout verse on Action Bronson’s “Flip Ya” off of Blue Chips 2. He was a known associate of A$AP Yams and a connection with A$AP Mob certainly helped him to shine. Some of his early releases are titled, “Delinquents and Degenerates, Finesse the World and Lean & Neck.” 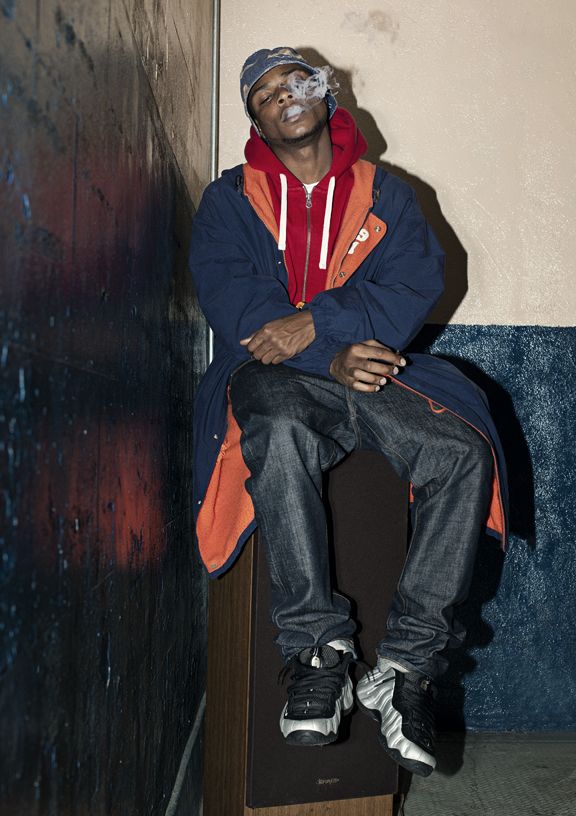 After his thirteenth in March of 2016, New Jersey arrest on the crime of home invasion, Retchy P faced a potentially life-changing prison sentence. No matter what he did, he could not shake the illure of the street habits he developed throughout his life. This arrest for robbery of CDs placed a $150,000 dollar bond above his head and left many of his associates uncertain as to his future. Without being able to raise capital for the bond, Retch had to face the music. He was looking at up to 65 years in prison. This sentence nearly derailed his career but somehow someway he was able to escape any sentencing. As he finessed his way through the situation, he posted on social media with papers in hand and a middle finger to Uncle Sam. In October 2017, he released his song, “First Day Home” and recaptured momentum entirely.

As Retch continues to ball through hardships, his art continues to evolve. He manifests growth and progression by any means and does not let negativity affect him whatsoever. He manages to overcome turbulence in the strongest manners and strategically overcomes anything thrown his way. With vivid promise and creative crime stories, Retch outshines his competition in several areas. 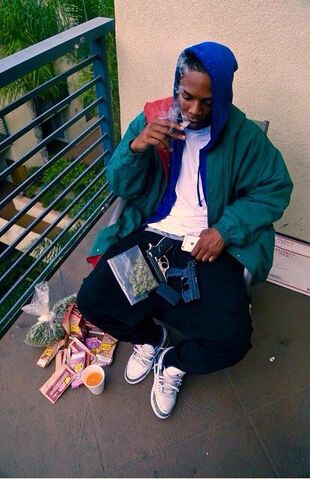 Much of his appeal deals with his absolute sense of awareness. He is completely in tune with his habits and although he has dealt closely with loss and near career fatalities he is open about it all.

“When Yams passed it was all bad/Remember days sitting with his mother, feeling so guilty, had to fall back/but I’m addicted to this shit and I’ll admit it/a n*gga prolly catch a bullet ‘of I quit it” All Night

Retch describes the dynamics of street life in great detail. He is a master of touching upon themes of bravery, deceit, street smarts and rugged indifference. He pours out explicit details of his tumultuous background with dream like imagination. As a smooth operator, he is nonchalant, laid back and can put the listener in an altered state of mind simply from his saucy drip type recordings.

Bringing the Dark to Light

Retch is a character. He tends to move in silence and lets his actions do the majority of the talking. Certainly, his money maneuvers speak volumes. He stays lo to the ground and concentrates completely on thriving through the pressure. His voice is often raspy and he incorporates low bassy tones into most of his rhymes. His delivery style involves a lot of bravado and is backed up by his workhorse mentality. He displays bifold shades of recklessness accompanied by a heightened sense of awareness. His haunting and menacing content comes to light through blistering tracks that fire on all cylinders. He drops poised, condensed and abrasive street heaters that resonate with grimey and realistically gifted individuals. Overall, his subject matter outlines the blueprint of many struggling street artists. He just has the exact formula and connections to be able to express himself on a global level.

Lucrative Retch by any Stretch of the Imagination

Look for Retch to further his career with his FA$TMONEY crew through apparel, collaboration and continuous boss moves. He is in cahoots with music group, “Shoreline Mafia” and continues to floss daily on social media. You can often catch him wearing Armani, Givenchy, Amiri and he even struck a modeling deal with Puma. Ever lucrative, he is out to better himself and puts his well-being above any troubling optics. Money makes the world go round, and Retch will always be one step ahead of his peers. With a tight inner circle. His most recent tape, “After the Verdict” features high profile artists like Dave East, Roc Marciano and Tsu Surf whom he met on the battle rap circuit. Retchy P is well-versed in conjunction with the late great, Mac Miller (Troubled Man’s Lullaby) Vince Staples and Ab-Soul. Look for his mixtape, “Diplomatic Immunity” to be dropping soon.