It’s recently been announced that Diddy’s Revolt Media has downsized, laying off 1/3 of its staff in New York and California. However, the reduction, which means a job loss for about 50 people, is being spun as a sign of positivity. A recent statement released by CEO Roma Khanna said the following:

“Some great changes are underway as we build our programming strategy and re-envision our content and social media… As part of addressing our challenges… we implemented a very difficult decision to take action to streamline our team and operations.” 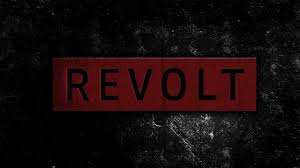 The company has been making several changes recently, beginning with Khanna (former MGM TV head) being appointed CEO back in October of last year, making this shift not entirely surprising. The changes went on to include the appointment of Robyn Lattaker-Johnson (former creative content exec at BET and SyFy) as Head of Content back in February. Lattaker-Johnson stated her view of the potential growth of Revolt TV as they strengthen their presence as network on Comcast.

And so it seems this downsizing, and the impact it has on the former Revolt employees is intended to head toward a picture bigger than the individualized impacts it makes.

In an internal memo, Khanna attempted to explain this bigger picture to staffers:

“This move is about strength and growth. As one of a very small handful of networks owned and controlled by the African-American community, we need to ensure we remain fiscally strong so that we can continue to authentically represent the culture. “

Hopefully, this means an eventual greater growth for the company, and an influx of new creative content to enrich the culture. But of course, everyone’s favorite troll had something to say. In a now deleted Instagram post, 50 Cent, who has an ongoing bone to pick with Diddy captioned:

“I can fix this if you need help, but you can’t be acting like no punk around me man Damn!!!”