Jah Rejoice! Bob Marley’s marvelous life and spiritual journey is set to be projected upon the big screen in the form of an iconic and detailed biopic. The main producer behind the cinematic venture is none other than Bob’s second eldest son, Ziggy. Previously, Ziggy Marley executive produced the 2012 film, “Marley” and has played an instrumental role in reviving and remastering some of his father’s greatest hits such as, “Easy Skankin in Boston 1978.” Ziggy will team up with Paramount Pictures to illustrate the life and legend of his Jamaican father’s lasting impressions still felt around the world to this day. 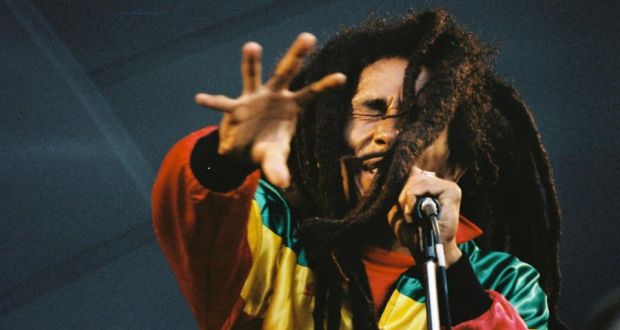 Growing up in the largest ghetto within the capital city of Kingston, Jamaica molded Marley into the brilliant multi-faceted artist and activist that he became. Bob Marley completely delineated himself from the standard path of the working class. Since Jamaica’s main export was raw sugar, several individuals who grew up in the impoverished area of Trenchtown mindlessly sacrificed their free thought, sense of expression and worldliness to provide for their families in the most menial way possible. Rather than obey the norms of molasses and rum, Bob Marley took the path of most resistance to generate truly timeless amalgamations of sounds, melodies and rhythms. His music soothed the souls of many impoverished people and he showed magnificent progression to circumnavigate through the struggle of his surrounding oppression.

“In the West Indies as well as in West Africa, the aesthetic appeal of an argument guarantees it validity. And because, controversially, a truth presented without skill is hardly the truth at all.” (WOU)

His stylistic approach incorporated intelligence, techniques of lyrical persuasion and amplification. His intense reflection within himself along with boundless education enlightened millions of citizens worldwide. His thirst for knowledge was unquenchable and he imparted profound wisdom throughout his collections of incredible anecdotes. His compositions deeply resembled tribal leader stories or monumental speeches which is why he is heavily revered as one of the most groundbreaking artists to ever live. Some might even describe him as the “fire and brimstone” preacher type despite a rather nurturing and tranquil choice of auditory rendition. No matter how you interpret the music, he clearly exemplified versatility and the ability to shift the landscape of conventional processes. Regardless, it is undebatable that his body of work stood firmly as a pillar of nonviolent resistance against social injustice.

Bob Marley’s presence on Earth radiated vibrance and excellence. His philosophical mentality and potent political voice played a major role in transforming the genre of reggae into a universally recognized medium of music. Some of the main tropes involved within Bob’s body of work revolve around peace, justice and equality. He dispelled the harmfully negative practices embedded within the nature of many humans such as corruption. His exceptional ideologies synthesized a wide range of listeners. From the UK to the US, Canada and the Caribbean island Bob Marley’s omnipotence proved to be colossal.

Becoming One with the Earth through Higher Power

Raised as a Catholic, Bob’s heightened sense of spirituality over time eventually led him to completely convert to the Afrocentric religion of Rastafarianism. In the 1970’s, his cultural renewal symbolized the significance of this deeply sacred inner transition. Marley shedded his traditional religious state of being and discovered an entirely new unconquerable realm. He was able to resonate strongly with the ideal of, “tribal mystique” which deals heavily with faith-based rhetorical impact. His artistry speaks volumes to the power of positive reinforcement. Within his hymns, Marley recited tunes that were centered around Biblical messages, folk proverbs and Jamaican heritage. He stressed that as long as you stay true to your personal beliefs and values, there is not an existing outside force that can hinder your perseverance.

His lifestyle encompassed daily awakening, insight filled experiences and atmospherically open-minded development. It is well-documented that marijuana greatly enveloped his persona and allowed him to blossom. It allowed him to traverse unto unprecedented altitudes and constantly elevate his lyrical imagery along with metaphysical harmony. By consuming the herbal remedy as a tool to be utilized for fortification, purpose and cognizant perception he created an unmatched auditory wavelength. Bob Marley possessed countless advantages within his artistic arsenal. As a human being with endless blessings, Bob imparted his outstanding revelatory mentality by sharing his astonishing gift for the masses to cherish.

Several overarching themes within his discographies included ascendancy, self-mastery, ruminance and elegance. It is unfair to depict this man as an anti-establishment artist, as he just wished to live and spread the message about enjoying the fruitfulness of life the way in which God intended. Along the way, he invoked dialogue relating to change whether it be on the national level or within the depths of oneself. Blessed with otherworldly talent, Bob Marley found a way to compound every facet of his existence with patience, kindness, and an unfathomably strong sense of will-power.

In the country of Jamaica he often faced discrimination due to the fact that his father was white and mother was black. Regardless, Bob Marley ignited legendary effort within activist spheres and his music left a radiating imprint on our universe that only a few artists will ever come close to encountering. His soul permeates the very essence of music, life and followed a bountiful blueprint that will leave a dent in the Earth’s sonic core for generations to come.

Ziggy Marley looks to focus his creative lens and detailed knowledge to create an accurate depiction of his father for this upcoming biopic. At this moment, details regarding runtime, directors and actors involved with the production have not been announced. Certainly, moviegoers can anticipate a precise characterization of Bob Marley’s influence in terms of his ability to transcend both time and space. Much of his discography deals with many of the issues that plague our society today such as mistrust and intolerance. With love, peace and unity, Bob Marley and his Rastafarian musical material will forever give hope to the advancement of mankind.