Weezy F. Baby and the F is for Freedom! At last, Lil Wayne and Cash Money Records have reached a legal settlement which voids all ties between the record label and the artist.

Court documents acquired from Wayne’s lawyer, Howard King claim that all sides were able to progress forward and walk away amicably. Reason being, Universal Music Group agreed to settle the dispute by shelling out the millions of dollars that Lil Wayne has been owed for quite some time. UMG has assumed this risk because they firmly believe they will recoup and retain profits from the upcoming projects of their newly obligated artists, Lil Wayne and Nicki Minaj. Certainly, this development indicates a victory for both sides as Wayne gets paid and Birdman does not have to spare a dime.

In December 2014, Wayne submitted the fifth installment of his Carter album series, yet only received $2M of $8M guaranteed as an advance. The lawsuit proceedings began in June 2018 and Tha Carter V was released in September 2018. The lawsuit mainly stems from the album withholding amongst several other corrupt tactics employed by Cash Money Records.

Cash Money refused to split the agreed upon copyright and failed to pay on multiple occasions. In 2015, Lil Wayne filed a lawsuit for $51 million against Cash Money Records for failed advances and several contractual violations. As you may remember, in the year 2015 Wayne gave us an impromptu Free Weezy Album via Jay-Z’s streaming service Tidal which symbolized a major reinvigoration of Wayne’s spirit. Birdman and Cash Money almost pursued a legal dispute regarding this release with claims that his contract prevented him from licensing his music with anyone else but chose not to. The FWA marked the artist’s second self-released project of the year besides Sorry for the Wait 2. Truly sincere to his fans and frustrated from the amount of Carter 5 delays experienced to the dismay of his fans, Wayne stated that he felt prisoner in a once amicable recording deal.

At one point in time, Jay-Z offered Lil Wayne a spot on the Roc-a-Fella roster. Looking back on it, Lil Wayne could have greatly advanced himself and released projects at a much more steady pace if he had decided to join Def Jam/Roc-a-Fella. Unfortunately, Jay-Z completely shorted Lil Wayne of what he was worth by only offering a lowball deal of $175,000. All in all, the two did not see eye to eye although the conversation between Weezy and Hov did get taken to the highest plateau.

As a matter of fact, it is not very well-known that Jay-Z helped to inspire Tha Carter album series. A mutual friend between Sean Carter and Dwayne Carter made a suggestion to Wayne and it stuck. The conversation that took place in New York helped sparked the series revolving around the idea of the Carter projects from the movie, New Jack City.

“Hakim Green suggested Wayne name his fourth studio album, Tha Carter, due to the fact he was signed to Cash Money Records, a record label founded by a pair of brothers, and being that in the movie New Jack City, Nino Brown and his brothers, Cash Money Brothers sold their narcotics out of The Carter (Apartments) Wayne thought the idea was perfect for his vision. Green nor Wayne foresaw the probable success of Tha Carter turning into an album series.” (HHW)

All in all, Jay-Z and Lil Wayne maintained a solid friendship, despite not seeing eye to eye on agreement terms. Jay-Z consistently offers a helping hand to anyone in need of assistance within the hip-hop community. He truly utilizes his position of power to assist those in need whether it be 21 Savage, Meek Mill or Lil Wayne he has always been one to do the right thing and offer assistance wherever he can see fit. The man is also a pioneer in the ways that he has been able to start consistent dialogue around social righteousness, restorative justice and prison reform. 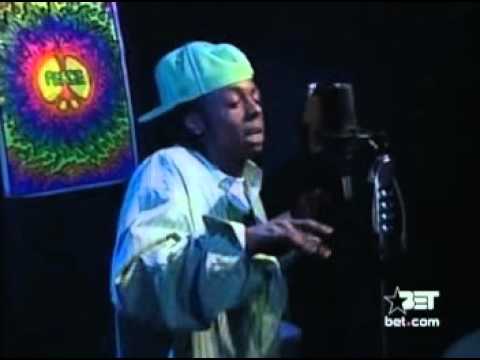 In regards to the Lil Wayne and Birdman dispute there has not been an exact dollar amount established. Experts say that it is safe to assume the total will amass beyond $10M.

Wayne and Birdman’s strained relationship comes with many complications due to their pre-existing father and son type dynamic. Birdman recruited Lil Wayne out of Holly Grove, Louisiana and signed him to the label when Weezy was only eleven years old. Strangely enough, Wayne’s mother attended school with Birdman and never believed that Dwayne would be able to pursue such a lucrative career with this man. These two had a very solid run together but they definitely had their fair share of adversity between them. One thing for sure, they have both grown exhausted of each other and it is safe to assume that this protracted legal dispute only further cemented their mutual contempt.

With this new resolution, Weezy should receive proper compensation, restored copyrights and most importantly: he will have the liberty to release the long-awaited Carter V! Let this be an example to all aspiring artists, deeply consider all aspects surrounding the music industry before penning your name on that dotted line.