Skip to content
Undoubtedly, the hardships of life’s struggle and the adversity we face can harden and fortify our mentalities. By means of rebellious reflection and vulnerability, Shake 070 incorporates a myriad of emotions into her musical catalogue. Enter Danielle Balbuena, better known as Shake 070 who battles the hostile forces of death and depression head on. Along the way, her primary  release came in the form of poetry. Indeed, rather than writing notes in class, she would pretend to be attentive, but instead she was expressing herself in a poetic journal.

Everything that Shake earns derives from her willingness to soothe herself by creating a dynamic self-loving relationship. Furthermore, her upbringing involved her living in multiple homes between her mother, grandmother (Dominican Republic) and even with her aunt and uncle in Colorado. Most importantly, she burst upon the music scene with a mentality to use her platform to spread knowledge and love in a world saturated with materialism. Actually, this unique contemporary artist first began to bubble with the release of, “Trust Nobody.” Her raspy and hazy voice paired with emotion and mental tenacity creates a wide lane for her to thrive among hollow-voiced artists who focus solely on wealth.

“Trust Nobody” truly pushed the envelope forward for this gritty and realistic tomboy. It arrived on airwaves in March and received a re-release by the likes of G.O.O.D. Music in September.Consequently, G.O.O.D. Music featured it as the finale track on their, “Direct Deposit Volume One.” Alternatively, talk about the universal stars aligning. The G.O.O.D. Music co-sign occurred in September and Shake 070 embarked upon her first tour in October. Her performances highlighted her husky vocals over snare-happy production as the opening act for The 1975 en route to the beginning of a fruitful career.

At times, simply arising for the day can present a challenge for this artist. To illustrate, music provides a therapeutic method for her to confront herself and touch the souls of many. Thus, she focuses her efforts on authenticity at all costs and maintains a robust mental uprising day in and day out. As a unique contemporary artist, her musical output serves as a catalyst for youth empowerment. For instance, Shake 070’s presence ruminates within several realms of grittiness and provides a raw voice for the new age of musical personas.

Reigning from North Bergen, New Jersey Shake 070 gained her name as a result of a high school play she participated in titled, “Shake Weave.” Additionally, Shake acquired her nickname from the French word, ‘secouè’ due to her ability to elevate and move past hardships at a tumultuous pace. Notably, social media influencer (mover and shaker) Julieanna Goddard a.k.a YesJulz discovered and became her manager as they linked up to form 1 A.M. Entertainment.  Some of Shake’s pivotal musical influences sprout from the likes of The Beatles, John Mayer and Kid Cudi. As her inspiration burgeons from quite an eclectic bunch of musicians, it is clear to see how Shake produces such a superb catalogue.

Initially, Dani’s work coincided with three producers – – PHI, Ether and J Sebastian. As a matter of fact, their first encounter took place in Star Coud Studios located near Union Center, New Jersey. Shake 070’s collective presently comprises itself of nearly  11 members. Equally, their songs range from fraught to vicious, drenched in emotion and hazy vocal renderings. In particular, experiences with psychedelics and musical experimentation led Shake to progress and delve deep into herself through the philosophies of Socrates, Plato and the Holy Bible. In order to escape the maze, this exceptional artist develops structured musical stories for those stuck between the margins of society.  Her music often speaks volumes to the harsh realities that stem from the stark chasms of our society which equate to wealth gaps and inequalities. 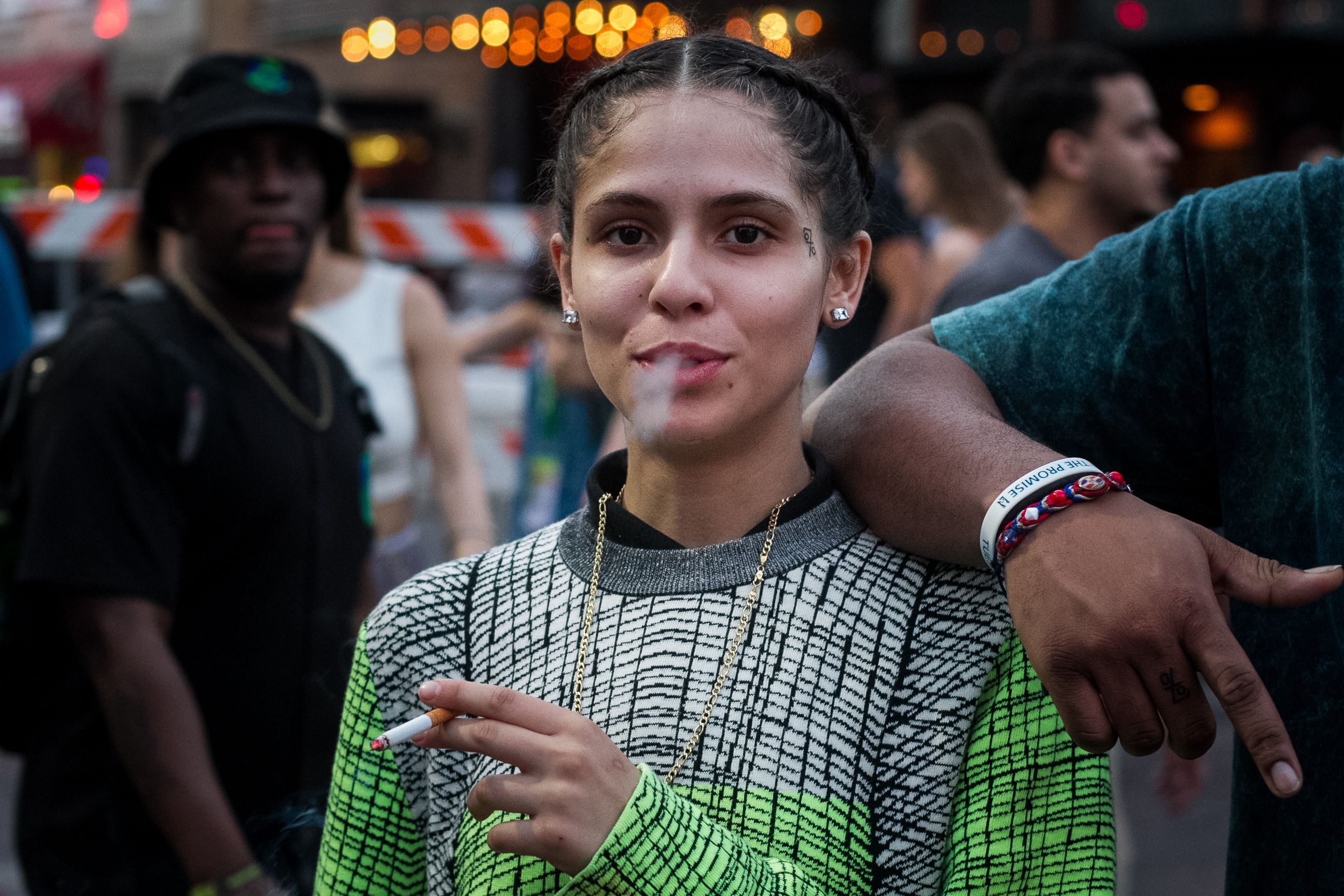 In terms of personal style, Dani reached her masculine zenith in eighth grade. Her androgynous ways mirror that of Paramore’s Hayley Williams in terms of the punk streamlined color palette the audience witnesses within her wardrobe. Proudly, she partakes in a healthy and strong relationship with her partner, Sophia Diana Lodato. Moreover, her multifaceted musical capabilities placed her within the company of artists such as Amir Obe, Fabolous and producer Sonny Digital. Additionally, through connectivity she includes herself amongst the likes of Pusha T, Desiigner and Travis Scott (also a close friend of YesJulz.) Unafraid to take a risk with fascinating potential, Shake 070’s buzzworthy upstart allows her to catapult over the competition.

Shake became very well known for the popularization of the phrase, “Level Up” on her track with Fabolous “To The Top.” Some of her discography includes EP’s like “Yellow Girl” and “Glitter.” On “Glitter,” she wrote a structurally sound batch of songs that catch the attention of the music user. Specifically, the utilization of ballads that capitalize on the advantage of empty space create deep reflection and rumination in the psyche of the listener. Her vulnerability creates dividends in the sense that she can gently sway over a beat or aggressively attack it providing fans with unpredictable versatility. Indisputably, Shake achieves mastery within her music and provides her fanbase with a reason to thrive and advance each and every day.