French Montana’s sophomore album, Jungle Rules, experiments with a diverse range of sounds that encompasses new audiences. Initially, Mac and Cheese 4 was supposed to be French’s official sophomore release. Unfortunately, due to leaks, delays and a lack of buzz, the fourth edition of the Mac and Cheese series premiered as a mixtape.

Unmistakably, French Montana has progressed majorly since his days in the Morocco and The Bronx. Music and lyrical content aside, nobody can knock his hustler mentality. After facing near death experiences and growing up in rough New York terrains, French has successfully reached new plateaus.

Certainly, this man is no stranger to the spotlight. The reason for his career’s illumination can be attributed to the strength of solos like, “Shot Caller” and “Aint Worried Bout Nothin.”For several summers, French delivered rejuvenating records.

Montana’s propensity for creating hit records is undeniable. Unfortunately, most of his tracks deserve recognition based upon the featured artist. “Unforgettable¹” is a song that touches on French’s Moroccan roots and demonstrates the extravagant talent of Swae Lee of Rae Sremmurd. Without Swae Lee’s ability and exuberant vocal range, this song would not be #10 on the Billboard Hot 100.

I PROMISED MY MOTHER THAT I WOULD HUSTLE AND MAKE MY ACCOMPLISHMENTS UNFORGETTABLE ONCE I FOUND MY OPPORTUNITY. I WANT OTHER PEOPLE WHO MIGHT BE STRUGGLING TO KNOW THAT THE SKY IS NOT THE LIMIT… YOU CAN DO UNFORGETTABLE THINGS” (FADER).

French Montana is an intriguing figure within the hip-hop industry. Certainly, his identity thrives on being adjacent to celebrity status, but his music does not. Albeit, he is consistently surrounded by the likes of thrilling and compelling individuals, French struggles to differentiate himself.

Montana’s highly acclaimed lifestyle does not translate to lyrical prowess. Actually, a portion of introspection and honest reflection could largely assist this individual artist. Simply, he could benefit from a demonstration of vulnerability through sonic experimentation.

Although, Montana boasts several hit songs,  he does not dig deep enough to truly resonate with his entire audience.

“IF YOU DON’T OWN YOUR MASTERS YOUR CLASSICS TURN TO ASHES.” (SONG: WHISKEY EYES)

Ultimately, French’s burden belongs to the fact that he relies upon featured artists to boost his music’s prevalence. Thus, Jungle Rules contains an overwhelming amount of features such as Quavo, Pharrell, Travis Scott, Max B and the Weekend. There are only five songs on, “Jungle Rules” that do not feature another artist.

The Significance of Featured Artists

Clearly, it is evident that featured company contributes mightily toward Montana’s music. Throughout Jungle Rules, the lack of chemistry between French and his collaborators substantially plays a role in the lackluster performances.

French Montana’s failure to engage stems from his lack of interconnectivity. All in all, he fails to juxtapose a life of luxury with creative musical output. Supposedly, this album would display pique abilities but instead it highlights his reluctance to stray from previous formulaic approaches.

Therefore, several instances arise where Montana could have steered his vision and lyrical content toward new boundaries. Regretfully, rather than portraying vulnerability through experimentation, Montana reiterates repetitive and pedestrian impressions.

“Jungle Rules” demonstrates complacency on the side of French Montana. Despite the “Unforgettable” video in Uganda, and trips to Morocco, French delivers a mediocre album. One would imagine, with a multitude of exhilarating life experiences, there would be various approaches and points of view.

Rather, the audience is left to sift through an unfocused bunch of tracks that fail to form any sort of cohesiveness. 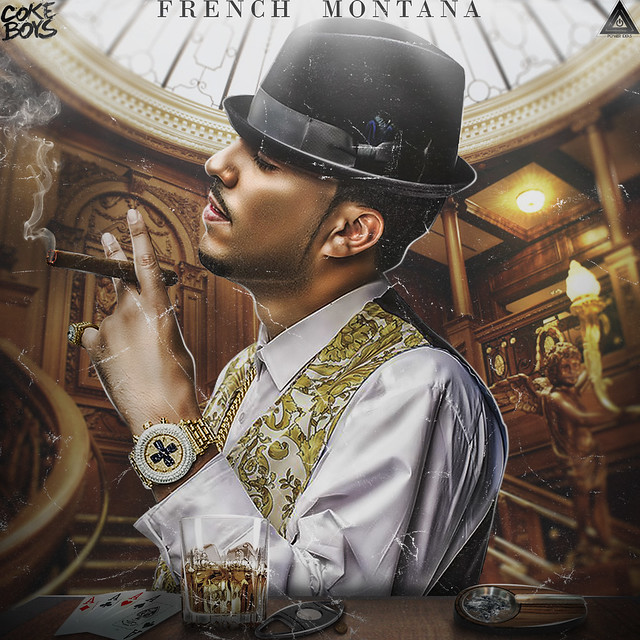 ¹’Unforgettable’ – originally made by Mac Sutphin and intended for use by Drake and OVO Records.