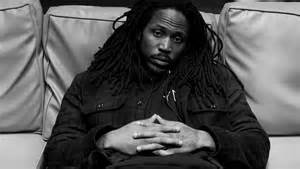 A story of funk, style and vibrant energy:

At the beginning of 2016, Anthony “Top Dawg” Tiffith, CEO of Top Dawg Entertainment announced, via Instagram, that his record label would sign two new members. For a time, their identities were concealed as ‘John Doe 1’ and ‘John Doe 2.’ In a press release published in January, TDE revealed that, ‘John Doe 2’ is SiR Darryl Farris of Inglewood, CA. Sir is a soulful singer and songwriter who has written for and collaborated with artists like Stevie Wonder, Anita Baker and Jazzy Jeff. His EP, “HER”  takes the first step toward the redefinement of modern R&B. Kendrick Lamar promoted, ‘HER’ on his Twitter page, which fueled speculation of future engagement between SiR and TDE.

A standout track from, “HER” is the song, ‘Queen’ which is based upon SiR’s wife, whom he has known since the age of fifteen. This song magnificently illustrates the ambiance and atmospheric vibes enjoyed between SiR and his ‘Queen.’

“The whole point of the [HER] project was to have something positive for women to listen to, ‘cause nowadays it’s just so much negativity, I believe in being the change you want to see, and painting a beautiful picture.” (Genius)

Before the official deal with TDE was confirmed, there were many  precursors. In 2012, SiR created his humble beginning by engineering for R&B heavyweight, Tyrese. Along the way, he exerted his influence through songwriting for artists like Jill Scott, Anita Hill and Glenn Lewis. SiR was also featured on TDE counterparts Isaiah Rashad’s “The Sun’s Tirade” and Jay Rock’s “90059.” All of these accolades represent the way SiR has quietly, yet profoundly advanced himself amongst the ranks of singer/songwriters.

Music has always been a major component of SiR’s background. His mother is the director of church music and has done so for over thirty years. She lended her talents to the music industry via backup singing for artists like Tina Turner and Michael Jackson. His Uncle, currently the musical director for Chaka Khan, was also a bassist for Prince during his lifetime.  SiR’s two older brothers Daniel and Davion Farris formed a group called, “Woodworks” and helped write Jaheim’s 2007 hit song, “Never.” Suffice to say, SiR has been genetically predisposed to a career in soulful music.

Originally, SiR rejected his familial musical aspirations to pursue his dream of becoming an NBA player. He focused his energy on playing basketball at Inglewood High, while his brothers fixated upon making music. Eventually, he went on to graduate from Los Angeles Film School and moved to Hollywood. As his hoop dreams faded, SiR found himself working as a gym manager and dealing with an internal struggle. Experimentation with drugs, uncertainty and a lack of ambition nearly caused SiR to lose everything.

After leaving Hollywood, SiR moved back home to live with his mother and started to accept the realization of impending opportunity. In 2012, his brothers landed him a chance to engineer for Tyrese. Later on in 2012, SiR would release his debut album, “Wooden Voodoo.” His next collection, “Long Live Dilla” materialized in 2014 as a blend of original records as tribute to legendary producer, J Dilla. It wasn’t until 2015, that SiR began to gain recognition with the release of debut LP, “Seven Sundays.” 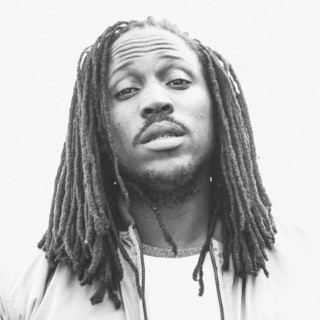 During stretches between releases, SiR found himself writing songs for other artists. Ultimately, SiR found his niche through songwriting. Networking and dedication put SiR in an advantageous position amongst respected soulful artists. Development of consistent songwriting samples has yielded deserved recognition for SiR.

SiR is a vessel of longevity and it is evident by the way he has emerged upon the hip-hop scene. As ‘John Doe 2’ he has overshadowed ‘John Doe 1’ with a stronger appeal. SiR describes his sound as, “soulful, with a hip-hop twist.” (XXL) According to his perspective, the current vibe of today’s hip-hop and R&B is leaning toward trap. His sights are set on developing his own personal vibe, and thus far he has aptly showcased his originality.

‘Her Too’ surfaced on February 10th in accordance with Top Dawg Entertainment. It featured production from J.LBS, Cardiak and Andre Harris. As a whole, ‘Her Too’ truly represents SiR’s subtle and soulful nature. SiR does not care much for the spotlight and lives a rather private life. Certainly, privacy will prove to be a fleeting commodity for SiR, the newest rising constituent of Top Dawg Entertainment.